June 18, 2017
Blog Post after a long long time. Will be trying to write most of the crazy stuffs done in the past 1.5 years at the sad server

IPTables Tee
We are building a packet analysis team which does deep inspection of packets and determine anomalies in the system and determine the slowest performing component in the pipeline. Now sending the raw packets to centralized packet analysis system without affecting the performance of the production system is one of our requirements. We decided to use the iptables tee feature which takes a copy of the packet matching the rule and pass it on to the requested gateway in the same network by just changing the mac address on the cloned packet. The original packet follows the normal process

So lets create a similar setup, my laptop is going to forward a copy of http traffic to raspberry pi in the same network. Make sure ip_forward is turned off at the gateway box(box to which copy of packets are forwarded), here raspberry pi. With ip_forward on, we can cause multiple copies of  packets to be routed in network, tcp will kick in congestion control mechanisms seeing retransmissions. Packets are to be blackholed at the raspberry pi, it can do processing there but should not inject it to the network back conflicting with the original packet. IPtable rules at my box for the forwarding
IPTABLES as LoadBalancer


First two rules is to DNAT the packets to the  backend. The caveat is first rule matches only every 2nd packet, those packets wont follow prerouting chain then. Second rule will match all packets which don't match 1st rule
3rd rule is to SNAT so that actual client ip is replaced by laptop's ip so that backend don't respond to client directly 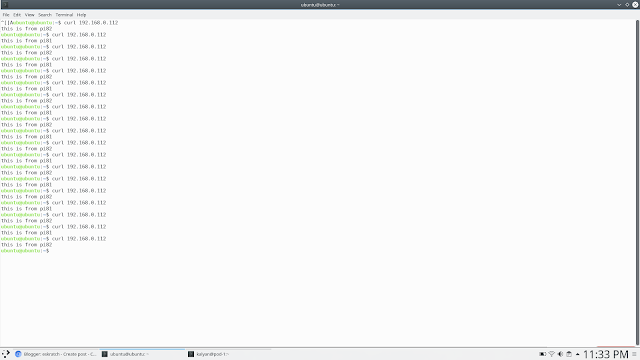 October 11, 2021
This outage has caused considerable noise everywhere. It was quite discomforting for me because during the whole conversation nobody bothered to understand the gravity of the issue. I don't expect end users to understand the issue. But this is going to be a blogpost for all of those in the tech field, Such an event can happen how much ever chaos engineering, best of the tech jargon we implement in the stack To all my Site Reliability Engineer friends, Site Up is our first priority. I myself said many a times outage is news and SREs should prevent outage. But I'm afraid this is leading to a cult in the industry who despises outages and takes no learnings from it. I don't know what has happened in Facebook. I can explain a scenario which may or may not be right but that can definitely show the gravity of the issue. Let's draw a probable Facebook architecture Disclaimer I don't work at Facebook. So this might not be how facebook routes traffic. This is based on my exp
2 comments
Read more

May 02, 2018
We were moving a project from AWS to our co-located DC. We have setup KVMs scheduled by Cloudstack for each of the component in the architecture. The KVMs used local storage. The VMs are provisioned with more than required resources because we have the opinion that in our DC scaling during peak load and then downscaling doesn't offer much benefits financially as we are anyways paying for the hardware in advance and its also powered on. Its going to be idle if not used. Now we found something interesting our latency in co-located DC was 2 times more than in AWS. The time for first byte at our load balancer in aws was 60ms average and at our DC was 112ms. We started our debugging mission, Mission Conquer-AWS. All the servers are newer Dell hardwares. So the initially intuition was virtualisation is causing the issue. Conversation with the Hypervisor We started with CPU optimisation, we started using the host-passthrough mode of CPU in libvirt so VMs dont see QEMU emulated CPUs,
Post a Comment
Read more

October 06, 2018
This blog post is an account of how we have toiled over the years to improve the throughput of our interDC tunnels. I joined this company around 2012. We were scaling aggressively then. We quickly expanded to 4 DCs with a mixture of AWS and colocation. Our primary DC is connected to all these new DCs via IPSEC tunnels established from SRX. The SRX model we had, had an IPSEC throughput of 350Mbps. Around December 2015 we saturated the SRX. Buying SRX was an option on the table. Buying one with 2Gbps throughput would have cut the story short. The tech team didn't see it happening. I don't have an answer to the question, "Is it worth spending time in solving a problem if a solution is already available out of box?" This project helped us in improving our critical thinking and in experiencing the theoretical network fundamentals on live traffic, but also caused us quite a bit of fatigue due to management overhead. Cutting short the philosophy, lets jump to the story.
17 comments
Read more